Barcelona goalkeeper Marc-Andre Ter Stegen has said that Luis Suarez has silenced his doubters after his man of the match performance against Inter Milan in the Champions League. The Blaugrana made the worst possible start to their Nerazzurri clash as they were 1-0 down within the second minute but they made a strong second half comeback with Suarez bagging a brace. 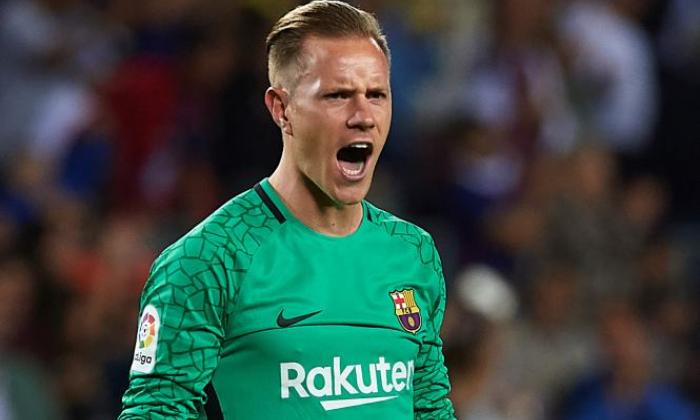 Speaking after the game, Ter Stegen said that Suarez has always given his best for the Spanish champions and the recent performance has answered the critics, he told reporters: "Suarez shut a lot of mouths with that performance. He is always focused, giving his best and fighting hard. We know who we have up there. He's always there to score goals for us when it matters."

Suarez was booed off the pitch during the recent 2-1 triumph over Villarreal in the Spanish La Liga but he has since redeemed himself with three goals in victories over Getafe and Inter. The Blaugrana are scheduled to face Sevilla in the Spanish La Liga this weekend and manager Ernesto Valverde will be hoping for another top performance from the Uruguayan, considering he has been permitted to rest during the forthcoming international break.

Meanwhile, the Nerazzurri game also witnessed the return of Lionel Messi from an adductor problem and the Argentine managed to play through the entire 90 minutes unscathed. The 32-year-old was hugely influential towards the second half comeback and he teed off Suarez for the winning goal after getting the better of four Inter players.
Barcelona have made an average beginning to the season by their standards and they have accumulated just 13 points from the opening seven games in the Spanish top-flight. They are currently two points behind fierce rivals Real Madrid, who are at the top of the table.