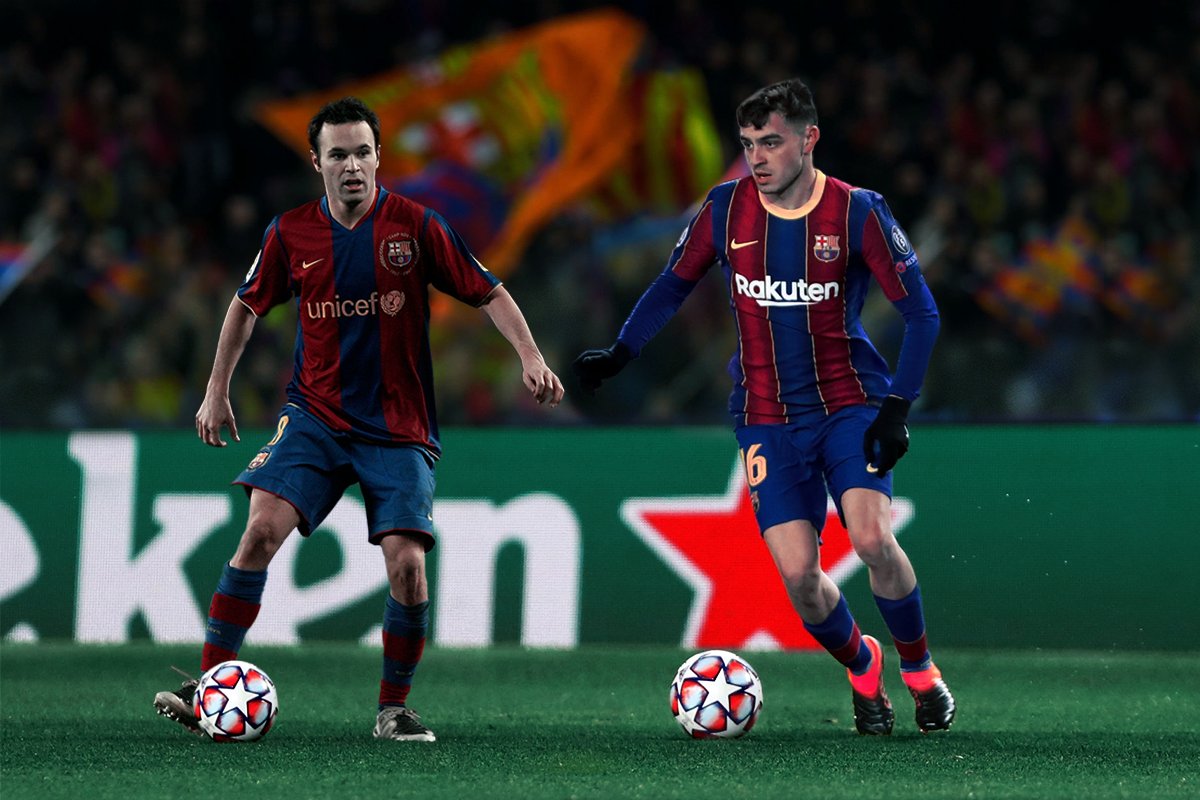 Pedri told reporters that he wants to be himselfwhen the Barcelona midfielder was asked about the comparisons being made with Andres Iniesta shortly after the news of his invitation to the Spanish senior team for the first time. Andres Iniesta is in the twilight of his career as a professional footballer and he currently plays for Vissel Kobe in the Japanese topflight.

Spain manager Luis Enrique extended an invitation to Pedri after the 18-year-old impressed in his first season at Barcelona on the back of his transfer from Las Palmas. He has played 42 times for Barcelona already this season and he could end the season with a double since his club is still on course to win both the Spanish La Liga title and the Copa Del Rey.

Luis Enrique called up Pedri to the Spanish squad for the qualifiers against Greece ,Georgia and Kosovo. The Barcelona starlet impressed in those qualifiers to send Spain to the top of Group B in the UEFA section with seven points from those three matches.

Pedri made his debut for Spain as a second half substitute during the Greece game. The 18-year-old midfielder came on for the home team in place of RB Leipzig midfielder Dani Olmo for the final 26 minutes of the game, which ended in a 1-1 draw. He made his first start for his country in the away match with Georgia and went on to complete the game that finished 2-1 in Spain's favour. Spain had to come from behind to beat Georgia who ended the match with ten men.
In the final game of the March qualifiers as far as Qatar 2022 World Cup is concerned, Pedri played 69 minutes of the 3-1 win over Kosovo on Wednesday night.