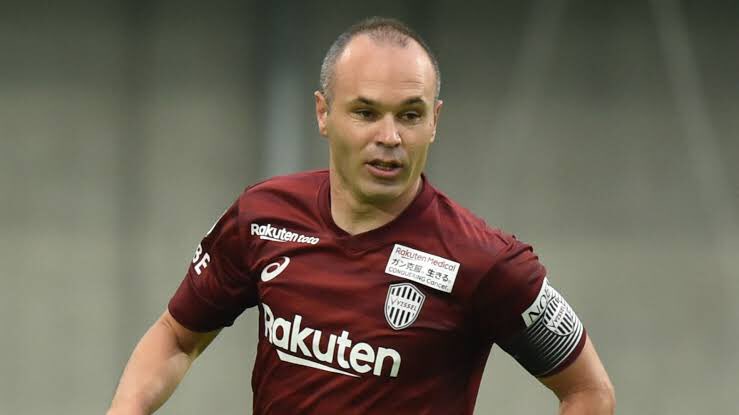 Without Iniesta in the team, Vissel Kobe struggled to see off their lower league opponents during the second round encounter played on Wednesday. In the end, Vissel Kobe finished the home game on the positive side of a five-goal thriller.They had to come from two goals down to win the game 3-2 thereby securing their place in the third round of the competition. Japanese international Yuya Osako was the hero for the hosts after he scored a brace including the winning goal in stoppage time.

While Andres Iniesta was not in the Vissel Kobe squad, ex-Barcelina teammate Bojan Krkic made the starting XI as he was on for the whole game.
Lowly Kataller Toyama stunned Vissel Kobe in the first half by taking a two-goal lead. Naoto Ando gave the Japanese third division team the lead as early as the fifth minute before it was doubled by Shunta Takahashi on 27 minutes. The visitors were able to hold on to their two-goal advantage until the end of the first half and for the first half of the second half.Vissel Kobe fought back to score three times and turn the Emperor's Cup second round encounter on its head in the final quarter. Yuya Osako scored the first of his two goals on 70 minutes before Daiju Sasaki equalised for the home side with a minute left. Osako then broke Kataller Toyama hearts in the first minute of second half added time with the winner to send his team into the next round.