Barcelona manager Luis Enrique has downplayed the influence of playmaker Andres Iniesta after the player’s return helped Camp Nou get a victory. 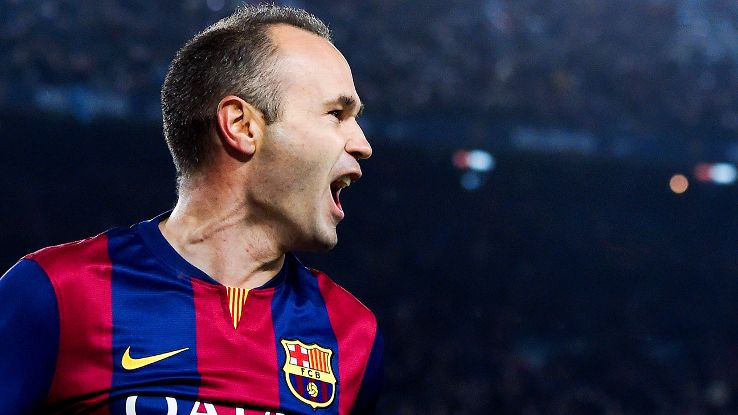 The Catalan side returned to form against Borussia Monchengladbach in the last round of Champions League group games on Tuesday.

Barcelona struggled against archrivals Real Madrid in the Classico. The Spaniard came off the bench and he featured in the 4-0 victory over Monchen, with Arda Turan getting a hat trick.

During Iniesta’s six-week absence, Barcelona did not get a win in four our of seven matches. However, the playmaker was key in the demolition of the Bundesliga side, completing 108 of 119 passes before he was pulled out.
“Statistics in football sometime make very little sense. Iniesta is a player capable of beating a man with the ball, finding passes between the lines,” Enrique said, playing down Iniesta’s influence to the play that earned the team the win in Europe.

“This year [Turan] is scoring a lot of goals when he wasn’t noted as a finisher before. Vidal, too, is taking advantage of the minutes he’s had. He was at a level required by Barca, good with and without the ball. He won the back the ball, showed good anticipation, made one of the goals....it was a complete performance,” the Barca manager said of the duo’s performance against the German side. He also commended Paco Alcacer.