Barcelona midfielder Arthur has said that the team and fans are open to the prospect of Neymar returning to the Camp Nou this summer. The Brazil international made the shock move to Paris Saint-Germain in a world-record £200m deal during the summer of 2017, but there have been numerous occasions where he has been linked with a potential return to the Blaugrana. 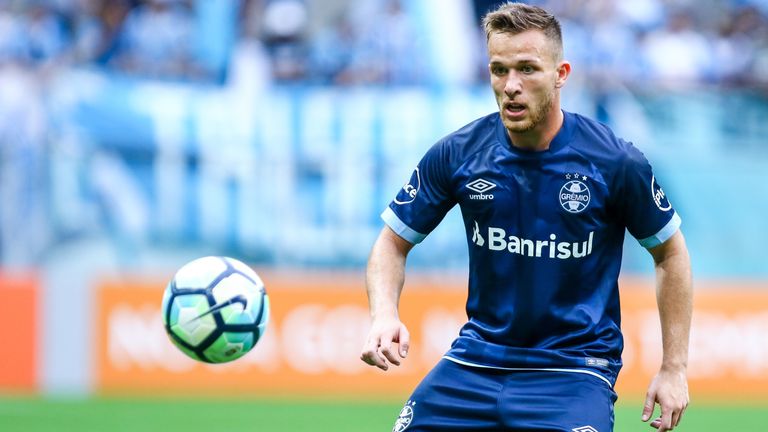 Speaking to reporters, Arthur said that he has made no contact with Neymar amid the recent transfer speculation. He added that the players and supporters would welcome his comeback to the club, although the deal appears far from possible at the moment, he told: "I have not talked to him [Neymar] about this issue. I don't like to bother about it because he is already asked a lot.

“I talk about other things with him. I don't know if he will come to Barcelona. Let's see what happens with him. Me, the fans and the team would like him to come to Barcelona. He's a star and I really like playing with him in the national team. I don't know if he has to take a step [by saying he wants to leave], as [Gerard] Pique said, but as a friend I wish him the best."

Neymar has remained mum over the situation over the past few weeks but that has not ceased the speculation linking him with a departure from the club. Barcelona have been regularly touted as the favourites to lure him from Parc des Princes, but so far, they have resisted against making an approach with the huge finances involved to push through a transfer.

The Spanish champions have already made good use of the summer transfer window with big-money moves for Frenkie de Jong and Antoine Griezmann. Aside from the duo, Neto, Emerson and Junior Firpo have been recruited by the Catalan giants.